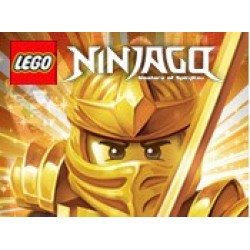 It uses elements from the previous NINJA series

There are several changes from the previous series.

These include the removal of the Shogun and Bandits, and the introduction of the Skeleton Army, the Stone Army and the Serpentine.

Also noticeable is the inclusion of vehicles which imply a more modern setting than the feudal Japan setting of the previous incarnation.

The theme centers on the world of Ninjago, home to both modern cities and ancient villages. Ninjago was created by the First Master of Spinjitzu using the Four Golden Weapons: the Sword of Fire, the Nunchucks of Lightning, the Scythe of Quakes (earth) and the Shurikens of Ice. No one could hold them all at once because of their immense power. His son, however, was consumed by evil (later revealed to be from a bite from the Great Devourer) and wanted the Four Weapons for himself. He was found out by his younger brother Wu and they fought, and the older brother, Garmadon, was banished to the Underworld. Peace reigned for many years, but then Garmadon sent Skeletons from the underworld to steal the Weapons. Wu found four teenagers to train as ninja, Cole, Jay, Zane, and Kai, one of whom, Kai, had a sister, Nya ,who had been captured by the Skeletons.

In the early 2012 series, the Serpentine, an ancient race of snake people split into five tribes (Hypnobrai, Fangpyre, Constrictai, Venomari, and Anacondrai), were partially released by Lloyd Garmadon, son of Lord Garmadon, and later by Pythor, the last survivor of the Anacondrai tribe. The ninja had to capture the Serpentine staffs while fighting the Serpentine. The later 2012 story focused on the four Fang Blades that were used to awaken the Great Devourer. Another theme in the 2012 series was to figure out the identities of the Green Ninja, destined to defeat Lord Garmadon, and Samurai X, a mysterious Samurai using an exo-suit against the Snakes. "He" is Nya in disguise, as is first discovered by Kai, and later the rest of the ninja. The team also works to unlock the secrets of their Golden Weapons, including their Spinjitzu vehicles and "true potentials", throughout the story.

The next line, released in early 2013, concentrates on the Ninjas' battle with an army of stone warriors who were awakened by the Great Devourer's venom (that had been defeated by Lord Garmadon using the ninja's Golden Weapons of Spinjitzu in a massive explosion of green slime/venom), as well as the final battle between good and evil. The Green Ninja, who was revealed in season two to be Garmadon's son, Lloyd, eventually becomes the Ultimate Spinjitzu Master while the other four gain new elemental swords and kimono outfits.

Though there were rumors that the theme would be discontinued after 2013, to be replaced by a new theme titled Legends of CHIMA -  an official on the Lego website has stated that it would be continuing in 2014.